The Walls are Alive

It starts with a nice hook, one that many teachers living in a world of high-tech minimalist design can easily relate to. The title:

It sounds like something people can get behind. As "progressive" educators we value a certain sense of design in the things we do. Design Thinking itself has become a buzz word, used not as simply the way something looks, but the way in which it is done. Design is a process. Seeing this headline makes us think of tacky classrooms filled with codes and commands on the walls and makes us believe in something more timeless, simple, and beautiful.

However, when we start to "read" the article, as opposed to just reacting to the headline, we are faced with a couple of strange circles we need to square (or squares we need to circle).

Let's look next at the subtitle:

A couple of thoughts. Concentration is a complex issue, even more complex when discussing small children. Alison Gopnik explains attention in adults as a spotlight, focused on one thing, while in children like a lantern, illuminating all around us, but to a limited depth. This article it appears is taking the perspective that children should "concentrate" like adults do, because that is the proper "way" to do it. I am sure there is a deep evolutionary reason for the attention span of children being the way it is. A better question might be why do children concentrate the way they do, and how does it affect their learning?

The second part of the subtitle that concerns me is "score lower test scores". That is what we define as an output of education, and the best way to measure learning? Tests? I doubt that. Instead, maybe the subtitle should read "Researchers find that over elaborate displays in classroom result in lower test scores." I doubt so many educators would be responding positively to it if that were the case. In fact, it may have the opposite effect.

Let's keep going. We haven't gotten into the actual article yet!

Teachers should consider taking down over-elaborate classroom displays amid concerns maps, artwork and photographs damage children’s education, according to research.

Here we take the subtitles hypothesis that education=testing to the next level, suggesting that we should change our practice to improve education=testing. We should do this because research tells us so.

Before we actually look at the research, the second sentence of the article gives us more reason to be skeptical:

Is that what you believe about learning? Not I.

Let's look at the research, which in fairness to the article, it does a honest job of explaining:

As part of the study, 24 primary school pupils were placed in laboratory classrooms for six introductory science lessons on unfamiliar topics.

24 students? This extensive scientific study published in a leading journal contains a grand total of 24 subjects? Fair enough, the results must be absolutely overwhelmingly in favour of the authors hypothesis to warrant printing in a newspaper.

Children accurately answered 55 per cent of test questions taken in the sparse classrooms compared with 42 per cent in highly-decorated rooms.

55% vs 42%? Now we are in the world of statistical analysis, and I am by no means an expert mathematician, but the numbers 55% and 42% do not give me a great deal of comfort. That is a difference of 13%. We are talking about a test about scientific concepts, presumably given in lecture format to young children, in two different types of rooms with a variation of 13%. Are we so driven by data that a 13% increase in test scores makes us giddy with excitement that we need to publish it in a leading newspaper?

It also emerged that the rate of “off-task behaviour” was higher in the decorated classroom (38.6 per cent) than in the sparse classroom (28.4 per cent).

Now, we have to determine what off task behaviour means. Remember at the beginning where I mentioned the spotlight and the lantern? Well, this is making the assumption that behaviour=adult like focus, not taking into account the way children learn in the world. Children should sit and listen to the elders (superiors?) and absorb what they say.

I am sorry, but that is not how I define learning. Also, there is little mention of the assessment technique nor is there any discussion about if it was a value exercise. What is being taught and How it is being taught are largely ignored in this article. Those are two variables that cannot be simply controlled or thrown away.

Finally towards the end of the article, we hear from the actual researcher:


Prof Fisher said: “We do not suggest by any means that this is the answer to all educational problems. Furthermore, additional research is needed to know what effect the classroom visual environment has on children’s attention and learning in real classrooms.

“Therefore, I would suggest that instead of removing all decorations, teachers should consider whether some of their visual displays may be distracting to young children.”

That is just good advice. Be aware of what you put on your walls. Think carefully about it, and consider the reasons for each artefact that is hanging, glued, pinned or taped. This researcher seems sensible and well-balanced. So why the hyperbolic title "Harm Children's Education"? Why the framing of education=testing? The answers to these questions are more complex and based on societal views of teaching and learning. That is the conversation that newspaper would be starting. Of course, that is my heavily biased opinion and I have no data to back it up....


The researchers hope the findings could lead to further studies into developing guidelines to help teachers improve the design of classrooms, including removing some excess clutter.

Wait a second, now we want to take these tests, and instead of discussing their validity, we want to start using them to change practice?

But it was claimed that children in sparse classrooms may find other ways to allow their mind to wander.

Karrie Godwin, the report’s co-author, said: “We were also interested in finding out if the visual displays were removed, whether the children’s attention would shift to another distraction, such as talking to their peers, and if the total amount of time they were distracted would remain the same.”

Here we have a completely contradictory statement. Children's minds will wander in classrooms with no visual displays. So, in essence, what we are saying is that children's minds will be distracted no matter the physical set-up of the room. Does the original hypothesis still stand? Do elaborate classroom displays harm a child's education? Or maybe, just maybe, the reason why children's mind wander is because that is the way their minds function.

Maybe we should study that instead. Seems like a powerful space to "focus" our attention on.

My own biased opinion

The walls in your classroom tell stories. Each artefact that is hanging on the wall brings the mind back to a particular time and place, and a particular destination. My advice for creating classroom displays is choose artefacts that have strong emotional connections. Something that immediately jumps your brain to a certain time and place and helps you relive it. If you teach in a classroom that is fast moving and bouncing all over the place, then the walls should tell that story, clutter be damned. If you teach in a classroom that is slow and methodical, surgical, then the walls should represent that. They are an extension of the classrooms collective learning. The walls are stories of that learning.

The walls are alive. 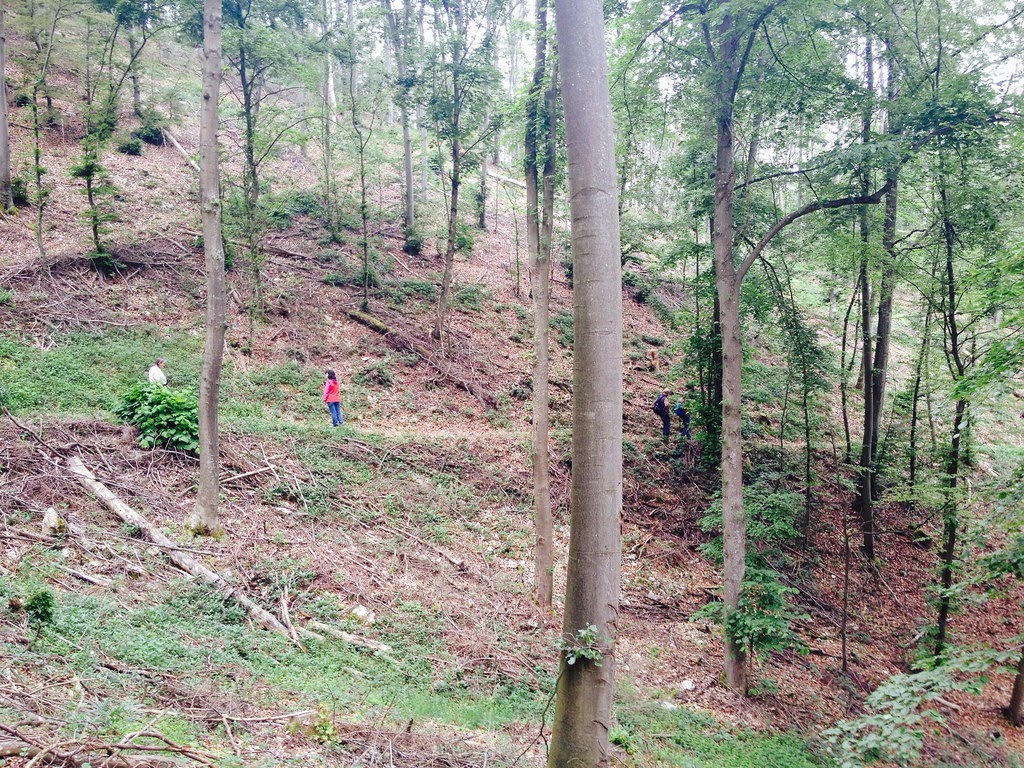