Showing posts from May, 2012
Show all

Report cards are looming on the horizon.  I came in early and sat down at my computer, turned on some Bach, and began typing.  I got into what some scientists call flow (the mental state of operation in which a person in an activity is fully immersed in a feeling of energized focus, full involvement, and success in the process of the activity), and the time flew by (I also got lost in the garden for awhile!).  Before I knew it, it was time to start class for the day.  Unfortunately, I hadn't planned a thing, and I realized this I was walking outside to bring the kids in. They arrived in the classroom and got their bags unpacked and put away in their lockers.  I looked around the room for some kind of inspiration.  Luckily for me, I had just received a box full of math manipulative the day before.  I grabbed a box of fraction circles and just as everybody was sitting down to the communal table, I dumped them all on the table and walked away. I'd like to say I was surprised at w
Post a Comment
Read more

Art in the Classroom

For my coursework, I had to do a presentation on Elliot Eisner and his evaluation model of  connoisseurship  and criticism .  While  researching the topic I came across this image about using arts in the classroom. I love the message that this simple circle is suggesting.  It is saying that it is not just a fun way to work, but an integral part of how human beings adapt to and make sense of the world.  Art is important.  Not just to develop empathy, but for cognition.  It helps us grow smarter. That being said, this diagram is pretty boring, and not very artistic.  So, I spiced it up a little.  I tried to keep all the content exactly the same (made a couple little changes for flow and aesthetics) but the overall feeling is the same.  Download the PDF Arts in the Classroom , or watch the Slideshow below.   Arts in the classroom View more presentations from dwyerteacher .
Post a Comment
Read more

**This is part 5 of a series of weekly questions that are meant to act as conversation starters, or thought experiments.  Discussion and debate are encouraged.  I am not taking a position, merely opening the space of possibilities through discussion** Part 1 Part 2 Part 3 Part 4
Post a Comment
Read more

- May 27, 2012
A friend and classmate of mine made an interesting comment on our course discussion board: Hey Craig...do you ever ask your students about what they are working on? What if we only asked them what are you playing with? Might we get a different answer or attitude towards it? I might try that from now on and see.... I like this.  I am trying to be more aware of the language I use in class and how it changes the context, especially since none of the kids in my class share a common country of origin and are all from different cultures and backgrounds.  Play might become my new verb instead of do or work.  Instead of saying, what are you working on?  or even what are you doing?  I think I may try something like, what are you playing with?  Did you finish your playing? Play, even when it is not fun, is always more enjoyable than work.  Work is something that somebody else tells you to engage with, it is play when you chose to engage with it.
Post a Comment
Read more

**This is part 4 of a series of weekly questions that are meant to act as conversation starters, or thought experiments.  Discussion and debate are encouraged.  I am not taking a position, merely opening the space of possibilities through discussion**   Part 1 Part 2 Part 3
2 comments
Read more

What type of learner are you? 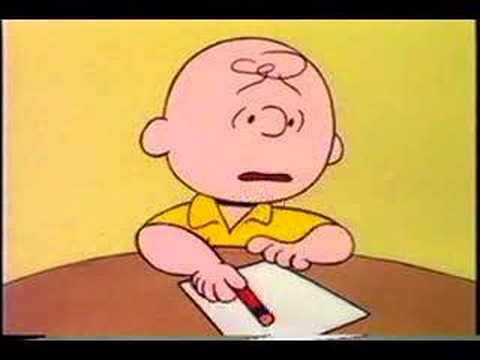 I first came across this video (in an educational context) from a workshop I attended at OISE on gifted education.  We were to watch the clip while pondering; which one is gifted?  We wrote our rational and then had a discussion with our groups.  The only rule, was we HAD to chose one, and then back it up (even though choosing only one is next to impossible!). I plan on showing this to my students later today.  I will give them the following graphic organizer, and ask them to jot notes about each character and how they are  similar to , and different from , themselves.   Peanuts Learning Styles  (Download PDF here) Possible Variations or Extensions Write a self-reflection from one characters perspective about the how the book report turned out Compare each of the characters to other people you know Imagine you are the teacher, and give feedback to each student on their book report Which one do you think you would get along with best?  Why? In groups of 4, create a situationa
Post a Comment
Read more

- May 16, 2012
1) Set up a googledoc with your questions or provocations 2) Set the sharing options to open to all, can edit 3) Assign each child a color 4) Let them loose https://docs.google.com/document/d/1tbGg2Wdo7yW_tPG5rflKw4aKuhhCLGgR76lFz_p15sQ/edit There will be a flurry of fighting and jostling for position at the beginning, but once the comments start rolling in, it self-organizes.  The first time you try, it will not be smooth.  Stick with it.  Once you get the hang of it, it is a great activity.  This is a powerful way to collaborate, and a fun tool that kids love!
Post a Comment
Read more

What they told me

I had this great lesson today.  We went outside and measured out ten meters on the asphalt and then found the points where the crust would be, the mantle, the outer core, and the inner core.  First, we had to work out the percentage for each and then convert that percentage over to our 10m model.  The math was challenging, they were engaged and it was great to work with sidewalk chalk! Afterwards, we climbed to the roof and took a birds eye view of our handy work.  It was beautiful. [caption id="" align="aligncenter" width="300" caption="One of those days...."] [/caption] Unfortunately, none of it is true.  It was what I had imagined in my head would happen.  Here is what really happened. About 20 minutes prior to Japanese class finishing, a big black cloud arrived over the school.  I knew that the outside sidewalk chalk would not be a good idea.  I thought about doing it in the hallway, but the grade 3.4 class had done something similar earlier
5 comments
Read more

**This is part 3 of a series of weekly questions that are meant to act as conversation starters, or thought experiments.  Discussion and debate are encouraged.  I am not taking a position, merely opening the space of possibilities through discussion** Part 1 Part 2
2 comments
Read more

The other day a co-worker of mine and I were digging some horse manure into a wheelbarrow (teaching is a great job).  He found a massive beetle larva. [caption id="" align="aligncenter" width="223" caption="Not exactly like this, but very similar"] [/caption] He took it back to class and showed his kids.  They fell in love, and before he knew it he had an aquarium full of them, books about beetles, charcoal to kill the smell, spray bottles to keep the soil moist, and a host of other paraphernalia related to the care and raising of beetles. [caption id="attachment_1058" align="aligncenter" width="300" caption="The Beetle Station"] [/caption] Kids are constantly giving advice, taking ownership of the care, and showing great curiosity at what will become of the beetles.  Oh, I forgot to mention the best part!  He (and I as well) have no idea what these larva will turn into to!  I am secretly hoping for Dragon
Post a Comment
Read more

I gave my students an outline to an optional project about three months ago.  The task was to build a model of a famous place out of 100% recycled materials (paint and glue were the exception).  The other catch, you had to include as many members of your family as possible in the construction.  Here are the final results. I have had many happy emails from parents telling me how great it was to work with their child on a creative project. This was not connected to anything we are studying in class, and it was 100% optional. Sometimes we don't need reasons to do something.  Sometimes we do things just because they are fun or engaging.
Post a Comment
Read more 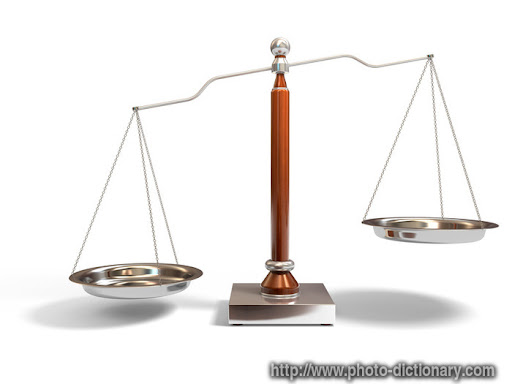 I read a lot of blogs.  Not just education related, but blogs about art, energy issues, politics, etc.  People tend to read blogs written by people who have the same viewpoint as themselves (but I strongly encourage everybody to read one from the opposite side) so you tend to agree with everything that you read.  It gives us inspiration and new ideas (the currency of education).  Yet, even when I respect the author, I find some things still grate on me.  Little things make a big difference, especially the use of words and the implications and hidden meanings that they bring with them.  One word which is used a lot in educational contexts is the word balance.  I do not like this word and I think it sends the wrong message than intended.  I admit with full disclose that I can a bit of pedant with terms and words, but that is only because those terms and words act as metaphors which do shape our lives and the way we interact and view the world . Balance is literary things that are equal,
Post a Comment
Read more

**This is part 2 of a series of weekly questions that are meant to act as conversation starters, or thought experiments.  Discussion and debate are encouraged.  I am not taking a position, merely opening the space of possibilities through discussion** Previous Entries Part 1
4 comments
Read more
More posts