An Inquiry into Play, Pt. 1

- November 15, 2011
I recently stumbled across an interesting article from a Linked In group that I am a member of.  The articles basic idea is that Hunter-Gatherer societies educated children in a very different manner to how we do it nowadays.  One of the important aspects of this early form of education was a child's sense of play.

This got me thinking.  What is play?  How do children play?  What do children think about play?  Is play an effective pedagogy?  What do the children in my class think of play?

With that in mind, I have decided to start a class inquiry into the nature of play.  I have no idea where this is going to go, or how it is connected to any of my curricular outcomes; but at the very least, I hope it will give me a better insight into the children I have with me on a daily basis, and how I can structure activities that they find interesting and engaging.

I am looking for other teachers around the world who would like to collaborate and try the same thing with their class; understanding that every class with have different dynamics, and will come to very different conclusions.  By sharing our journey with others, we can come to a more in-depth understanding of what it means to play (I don't know), how play affects learning (or does it?), and why it should be an integral part of our education system (or should it?). 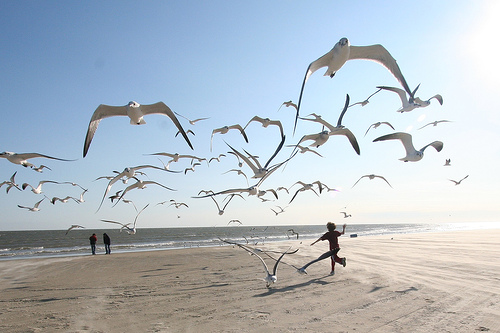 We started our first day of the inquiry with a series of seemingly simple tasks.  However, it proved a lot more difficult that I expected, and the insights we came to more proved to be deeper than I had originally thought.

First, I handed out sticky notes and pencils and asked the students to write any words that came to their minds when they thought of the word play, and then stick them on the whiteboard.  This was simple enough, and soon we had a wall filled with stickies.  I noticed that this was a very quiet activity, as everybody was working independently, but still reading each others notes and getting ideas from the collective.

Second, I asked them (we did all this as a single group because my class is small) to go through their sticky notes and take out the ones that were repetitive, or have similar meanings, but not to throw them out, we want to know how many people wrote down fun or teamwork, just move them off to the side.  This lead to some interesting discussion about the meanings (and personal interpretations) or various words.  What does fun mean?  Is it the same as excited?  What is the difference between teamwork and collaboration?

Finally, I asked them to organize the sticky notes into categories that made sense to them.  This was where the difficulties arose.  The group couldn't really decide what words went together, as everybody had different interpretations of what the words meant in the context of play.  They were at a deadlock, a bit overwhelmed, and didn't know where to start.  Then something interesting happened.  One student made the comment that play doesn't have to be fun, and gave the idea of a video game, and how "you go crazy because you just want to finish the level, and you do it over and over again, and its not fun anymore but you keep doing it."  This transformed how they look at the word play, and the pieces started falling into place.  Their collective definition of the word play changed, and they formed a new definition (although that new definition has not been verbalized yet) that moved their thinking forward.  One of the first categories that emerged was the idea of Feelings.  We invest a lot of ourselves emotionally into play (as any Elementary teacher who has recess duty can attest to!), and this seemed natural to this group, who are no stranger to recess disagreements. Next, they came up with Skills, which I think was influenced by my incessant self reflection and focus on Meta-Cognition (already I am influencing how they view something as individual as play, which makes me wonder just how much a teacher changes the environment of the class).  Finally, as they were attempting to clean up the last bunch of stickies, they decided on Games (aspects related to how they play) and Actions (words related to how they do play).

This was a fascinating hour, and I learned a lot about the kids in my class that I didn't know before.  I also gained some more insights into how a collective of learners (in this case, my collective of learners) work together and perturbate each others thinking and move their ideas forward.

They also had fun doing it (were they playing?).  I have no idea where this is going to go next, but I am excited to find out.
An Inquiry into Play Children Complexity Games Play